Will the army really quit meddling in politics for good? – Pakistan 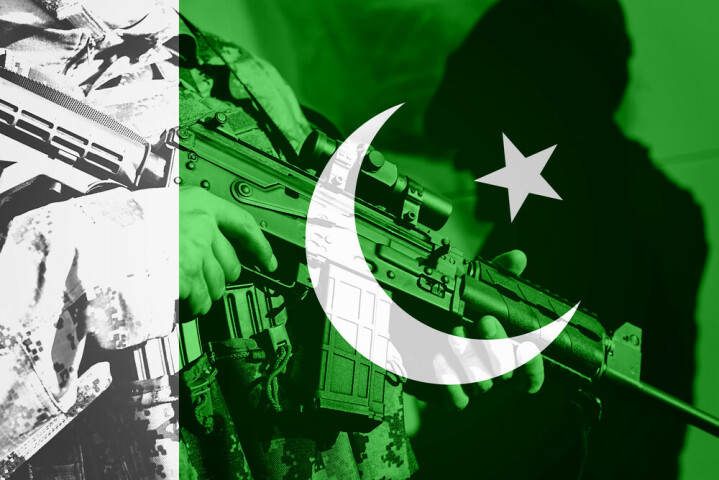 Who will intervene with the intervenors? That surely is to ask for too much.

The best historical perspectives offered in these pages about Pakistan read simultaneously as current affairs commentary. We are a nation that cycles through the exact same mistakes, made by the exact same perpetrators, frustrating the exact same set of the public.

Of late, the army seems to be bent on persuading anyone who would care to listen that they have given up on meddling in politics. The incumbent DG ISPR has made it a point to reiterate this on many an occasion in recent weeks. The same assertion was also repeated by the now confirmed (even by our standards) to-be-outgoing chief of army staff, who again stressed that the army (let’s call it the establishment from here on) will stay out of politics.

It is the PM’s office that the established interference is generally directed towards, and the piece of paper, which would confirm the hierarchy of authority listed above, is currently being used to make a paper airplane by a child somewhere in a cantonment.

Without there being consequences or public accountability for the establishment having come into politics in the past, which is almost always very recently and rather disastrously, these are little more than promises of forbearance by someone showing signs of compulsion. Just as one suffering from an addiction promises to reform when faced with the guilt of realisation, so does our establishment swear never again.

Read more: Pakistan’s hybrid regime is coming to an end. What next?

And to prove they are serious this time, Faisal Vawda addresses a press conference, which is so confusing that the people, whose boot he used to bring onto TV shows as a talisman, have to turn up to clarify further.

In answering questions regarding political interference, the DG ISPR challenges anyone to nominate any instance of his institution meddling in the electoral process.

The challenge came with one caveat — that you had to pick an event after the March 2021 Senate elections. In case you are confused, these aren’t the Senate polls when Hasil Bizenjo accused the then DG ISI of direct meddling. They’re the ones where Musadik Malik and Mustafa Nawaz Khokhar found spy cameras in the Senate voting booths.

Yet whenever the sun begins to set, at times even on that same day whose morning induced the promise, the want kicks in and washes away the regret.

Imran Khan stands disqualified by an election commission that couldn’t see anything wrong with the 2018 general elections. The same institution that discovered impropriety only after a public by-election fiasco in Daska, when it is widely rumoured that the then prime minister Imran had to use cruder methods of fixing than the assistance of the usual suspects.

He is disqualified due to the gifts taken and left undeclared.

This in a country where former army chiefs live abroad with unaccountable wealth. Where Lt Gen (R) Asim Saleem Bajwa explains an empire through screenshots of a Word document and the then prime minister Imran says he is satisfied.

When Lt Gen (R) Bajwa shows willingness to be held to account, it’s as a guest on the phone in Shahzeb Khanzada’s show and only up to the point of basic questions.

His declaration of assets only ever came when he was chosen as a special assistant to the prime minister. Assets that include a Land Cruiser he claims to have bought for Rs 3 million. This is back when Imran was happy with the establishment, to the point where he felt that not only should the premier be monitored by the agencies, but that if you are unwilling to subject yourself to such monitoring, it is because you must have something to hide.

Earlier, Imran supported and later championed calls for Nawaz to be taken out of the political race for similar allegations of unethical conduct — for not declaring an unreceived salary, which could perhaps have led to the discovery of several companies in the Gulf that belonged to his family and for the wealth of which his family cannot account.

When Imran was leading these protests to help the establishment expose the Sharifs’ moral compass as a legal shortcoming, the then PM Sharif confronted the ISI chief in front of the army chief with impregnable evidence of the former’s political interference in support of the dharna camped out in front of Parliament House.

All it resulted in was the then COAS Raheel Sharif chiding the chief of ISI and making him promise to stop. The latter continued to serve, retired with full benefits and was recently in the news again because he addressed a public gathering where he explained why he helped make a third force in politics.

Earlier, when the US found Osama bin Laden nested in Abbotabad a mile away from the Kakul military academy, the then ISI chief Shuja Pasha addressed a joint session of Parliament to explain the intelligence failure and security lapse.

He told the lawmakers he was even ready to resign. The COAS said he was willing to be held accountable ‘even to Parliament’. Both eventually retired, with nary a resignation between them. Pasha is credited by Pervez Elahi with helping Imran Khan put together electable candidates for the 2013 elections. Elahi claims Pasha was stealing his candidates and when confronted, he forgot his position over the course of the conversation and tried to poach the Elahis themselves for Khan’s camp.

In real life, people do not usually quit problematic, repeated behaviour out of guilt. It is not the sudden realisation that they are lacking in the care of a young child or are bullying a family member that suddenly wills them to break their stupor. That is the stuff of Bollywood movies.

Alternatively, they sometimes correct the error of their ways when their family stages an intervention. When all the irrationally shouted at children and the cruelly neglected partners band together and stand firm on enough being enough. But then that brings us to our tragic dilemma.

Who will intervene with the intervenors?

That surely is to ask for too much.

So then the only question left is: when will the children grow up?