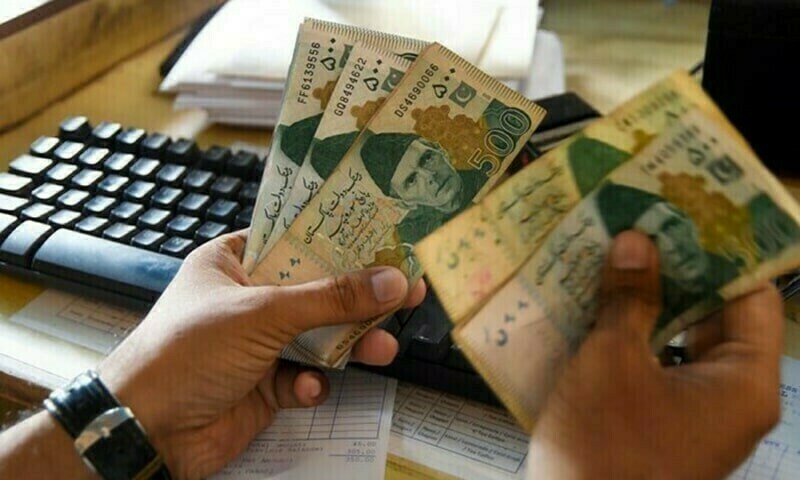 The PKR gained 89 paise against the dollar during morning trade in the interbank market on Tuesday.

The local currency was changing hands at Rs220 per dollar at 12:17pm, an appreciation of 0.4 per cent from yesterday’s close of Rs220.89, according to the Forex Association of Pakistan (FAP).

Topline Securities CEO Mohammad Sohail attributed the rupee’s rise to profit-taking, a fall in the Real Effective Exchange Rate (REER) index in September and expectations of a fresh loan tranche from the International Monetary Fund (IMF).

The REER measures the value of a currency in relation to its major trading partners. A fall in REER implies that exports have become cheaper and imports costly, implying an improvement in trade competitiveness.

The IMF had said last month it would send a team to Pakistan early in November to start the process for the next review of its current programme.

“The Fund has been very supportive of Pakistan. We have a programme with Pakistan that has been extended and increased in size. This is to help Pakistan deal with a confluence of shocks, starting with the Covid crisis where we provided additional flexibility,” IMF’s Director of the Middle East and Central Asia Jihad Azour had said at the time.

“We accelerated some of our disbursements to help Pakistan deal with recent shocks, such as the increase in prices of foods and commodities,” he had said.

The IMF was waiting for the World Bank and UNDP report on flood damages to see what the repercussions on public finance are, and the impact on the economy and the society, he had said.

“Based on this assessment, we will update our data and we will also (engage) with the authorities to see what their priorities are and how the Fund can help.”

Separately, Finance Minister Ishaq Dar had urged the IMF and other multilateral lenders to provide greater policy support to Pakistan. He had made the appeal on the sidelines of the IMF and World Bank’s annual meetings in Washington in October.

A day earlier, the PKR gained Rs1.58, reversing losses from the previous week.

The PKR’s value declined by Rs1.6 against the dollar last week, according to data compiled by Mettis Global, as the PTI began its long march to Islamabad, which analysts said had dampened investor sentiment and raised fears of political instability.