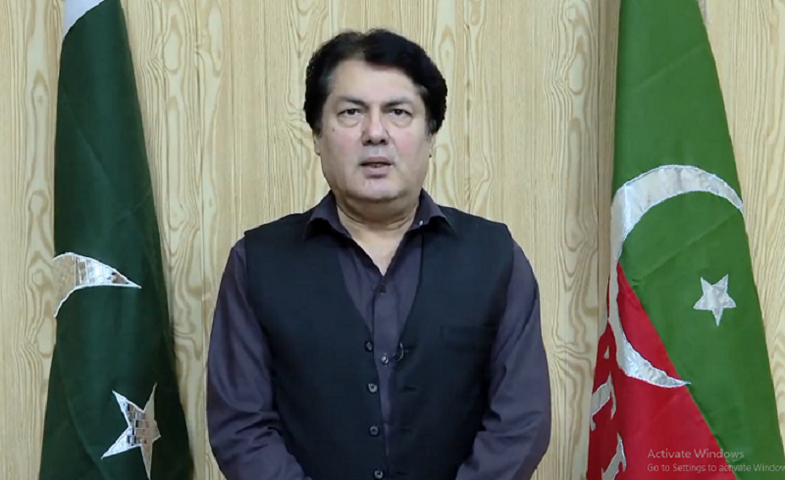 PESHAWAR: The Khyber Pakhtunkhwa government on Thursday claimed that provincial Chief Minister Mahmood Khan had nothing to do with the issuance of a letter by the counter-terrorism department regarding threats to the life of senior TV anchorperson Arshad Sharif.

A ‘threat alert’ regarding the plans of a splinter group of the outlawed Tehreek-i-Taliban Pakistan to target Mr Arshad earlier in August this year has put the spotlight on CTD advisory as director-general of the Inter-Services Public Relations Major-General Iftikhar Babar told a presser on Thursday said the CTD letter in question was issued on the directives of CM Mahmood Khan.

“Our Chief Minister [Mahmood Khan] has nothing to do with the issuance of CTD threat alerts,” he said.

Mr Saif said the issuance of such alert was a ‘routine activity’ for the CTD.

He said the Intelligence Bureau, CTD and other agencies also issued threat alerts.

The spokesman insisted that as far as Arshad Sharif was concerned, the journalist and his family were getting threats.

“We are not saying this and rather, the [slain] journalist’s own statements suggested so,” he said.

Mr Saif said had the CTD’s threat alert been false, Mr Arshad would have not been killed in Kenya.

Regarding the use of the Bacha Khan Airport, Peshawar, by Mr Arshad to leave Pakistan, he said airports and other organisations overseeing them were in the control of the federal government.

He said the centre had the administrative control of the Federal Investigation Agency, Anti-Narcotics Force and Customs.

The spokesman said if the federal government had any objection about Mr Arshad’s departure from the country, it could have easily stopped him.

“The Peshawar airport is an international airport and anyone can travel from it,” he said.

Regarding official protocol for the slain journalist in Peshawar, he said the provincial government usually provided the services of protocol officers to important personalities, including senior journalist, on request.

He added that protocol officers facilitated those persons until their arrival at the airport and that the matters inside the airport fell in the domain of the federal authorities.

Earlier in the day, the ISPR and ISI directors general told a news conference that the KP government issued a ‘threat alert’ letter on Aug 5 on the directives of Chief Minister Mahmood Khan declaring a TTP splinter group was ‘looking to target Arshad Sharif’.

“No such information was shared with the relevant institutions,”Lt-Gen Iftikhar said adding that the conduct showed the threat alert was issued with the aim to force Mr Arshad to leave the country.

“There were reports that he (Arshad Sharif) did not want to leave the country but he kept being reminded that he faced a threat to his life. On Aug 10, he left Peshawar airport thorough EK-637 for Dubai. He was provided a complete protocol by the KP government,” he said, adding that the journalist was escorted by KP officers to the airport.

On August 5, the CTD KP had issued the ‘threat alert’ about a TTP splinter group planning to target the slain journalist.

The alert said it had been learnt through some reliable sources that a splinter group of TTP in its meeting held in the Sur Karez, Spin Boldak, Afghanistan, had discussed to target anchorperson Arshad Sharif in future.

“For executing their plan, terrorists have finalized to conduct reconnaissance of the target and to locate him at the suitable place, more probably at Rawalpindi and its adjoining areas,” it said.

The alert read that in light of that situation, extreme vigilance and all possible security measures must be adopted including sensitisation of the target with specific directions to restrict his unnecessary movements.

The advisory was also shared with the additional inspector general of police, CTD, Punjab.