How do cats squeeze through small spaces? 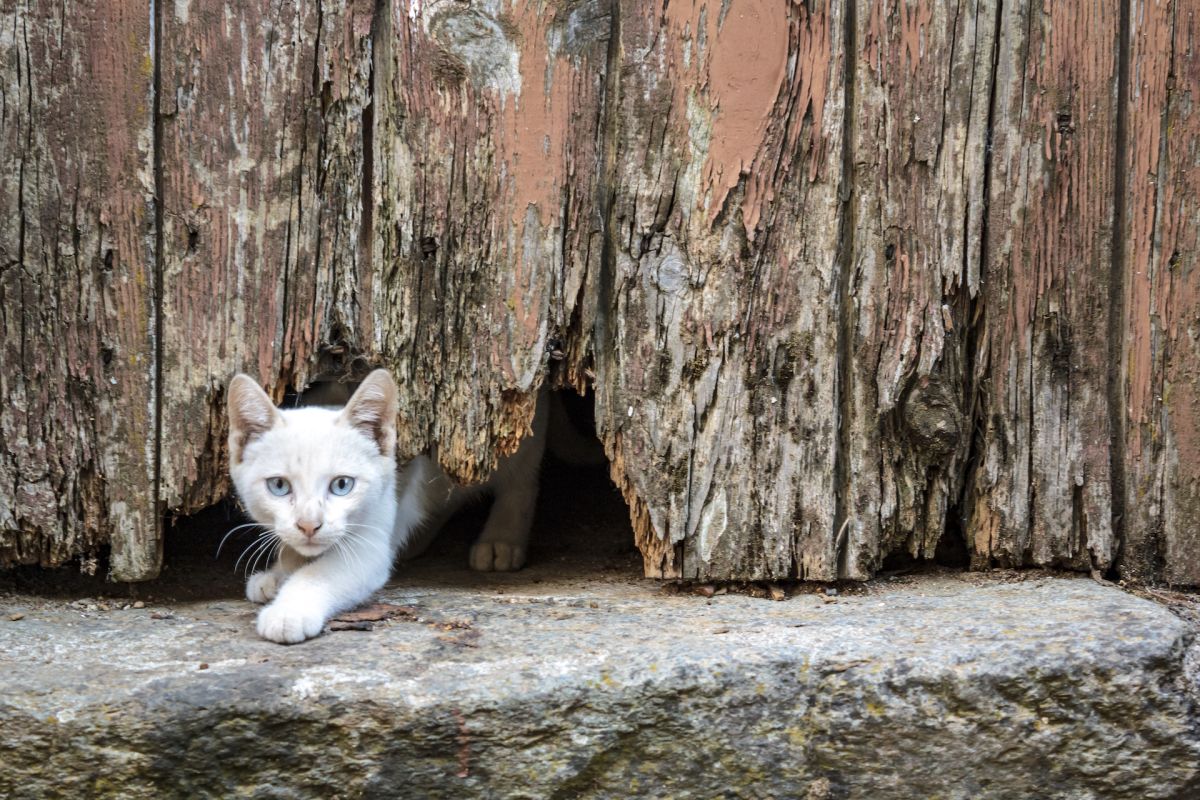 Cats are so flexible that a 2014 study half-jokingly investigated whether felines are liquids. But joking aside, traditional fluid mechanics can’t explain the impressive contortions kitties can take when squeezing through small holes. So how do cats pull off these feats?

The key to cats‘ ability to apparently “flow” like fluids through tiny gaps is their unique shoulder girdle. In humans, the shoulder girdle is composed of the shoulder blades, or scapulas; and the collarbones, or clavicles, according to the National Center for Biotechnology Information (opens in new tab) (NCBI).

The shoulder blades and the collarbones are connected together in humans. The resulting shoulder girdle provides rigid support for the muscles of the arms, the NCBI noted.

Related: Is it safe for cats to drink milk?

In contrast, the shoulder blades of cats are attached to the rest of the body only by muscles and not bone, according to the Catonsville Cat Clinic (opens in new tab) in Maryland. The same holds true for cats’ collarbones, Nathalie Dowgray (opens in new tab), head of the International Society of Feline Medicine in the United Kingdom, told Live Science. Moreover, feline collarbones are much smaller in comparison with the rest of the cat’s body than human collarbones are to the rest of our bodies, Dowgray said.

These anatomical features help cats squeeze through tight openings. “Being able to fit into small spaces is an evolutionary advantage when hunting small prey such as mice, but also for hiding and escape from potential predators,” Dowgray said.

In addition, cats’ whiskers also help them squeeze through spaces. Whiskers are hairs that are twice as thick as cats’ “guard hairs” (the longer, coarser hairs in cats’ fur) and sit three times as deep within the skin, Dowgray said.

“The base of each whisker is packed with nerve endings, providing cats with a highly sensitive navigational system that conveys a large amount of information about their surroundings,” Dowgray said. “This includes judging the size of small spaces before attempting to squeeze through.”

Does their impressive flexibility mean cats are essentially liquids? Marc-Antoine Fardin, a physicist at Paris Diderot University, investigated that question in a 2014 study, for which he won an Ig Nobel Prize (opens in new tab) — a parody of the Nobel Prize that honors research that “makes people laugh, then think.”

Fardin concluded that cats can either be liquid or solid, depending on the situation, he wrote in a 2017 piece in The Conversation (opens in new tab). A liquid is traditionally defined as a material that adapts its shape to fit a container. Given enough time, cats meet this definition, with images on the internet showing they can fit into sinks, vases, bowls, jars and wine glasses, Fardin noted in his study.

Why do cats like to squeeze into tiny spaces? “Cats commonly choose to hide in small spaces, like under the bed, when they feel stressed or frightened, as this helps them feel more safe and secure,” Dowgray said. “Cats will also choose small spaces for privacy when they need some time out from their surrounding environment. Avoid disturbing cats in small spaces, unless you are concerned that they may be injured or unwell.”