Here’s how polar bears might get traction on snow 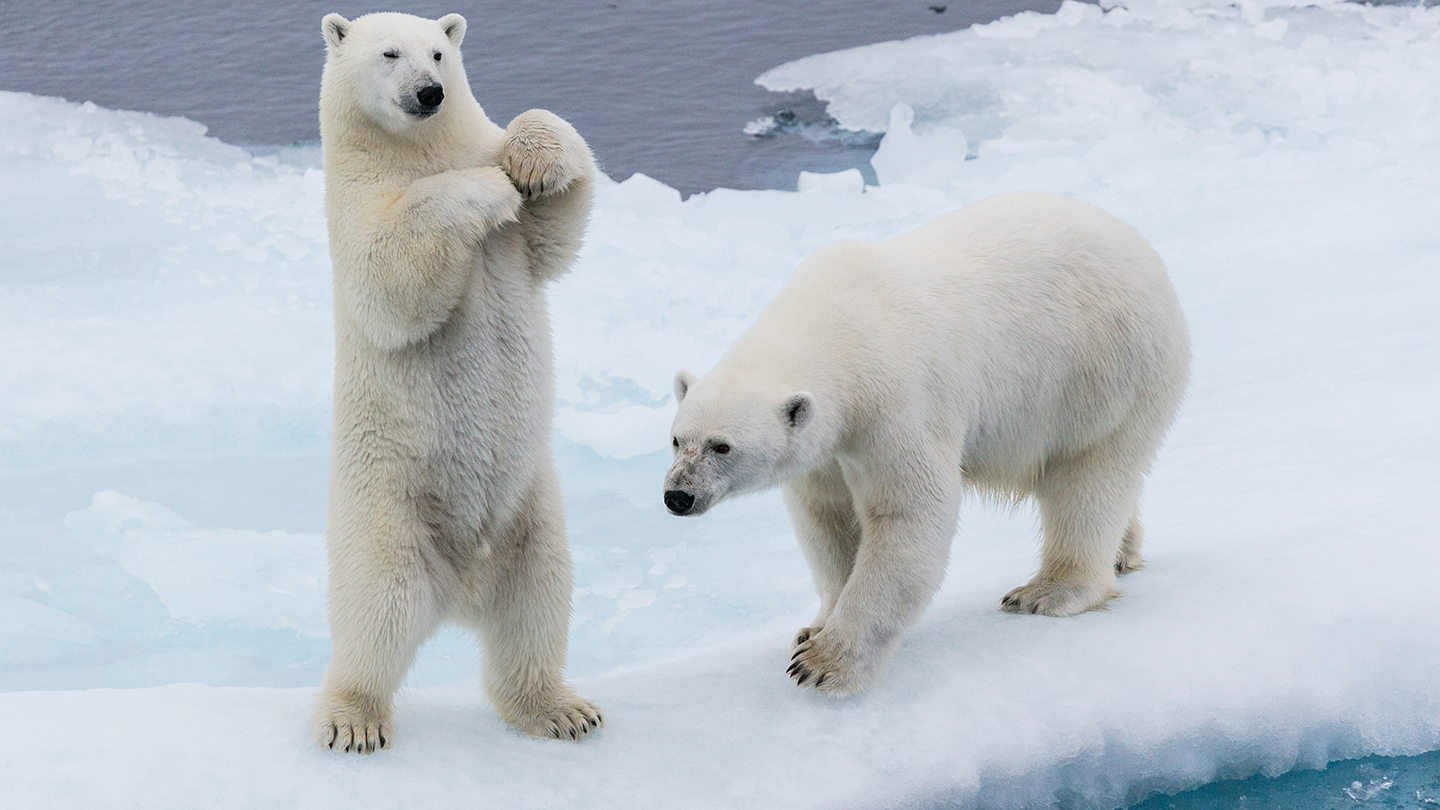 Tiny “fingers” can help polar bears get a grip.

Like the rubbery nubs on the bottom of baby socks, microstructures on the bears’ paw pads offer some extra friction, scientists report November 1 in the Journal of the Royal Society Interface. The pad protrusions may keep polar bears from slipping on snow, says Ali Dhinojwala, a polymer scientist at the University of Akron in Ohio who has also studied the sticking power of gecko feet (SN: 8/9/05).

Nathaniel Orndorf, a materials scientist at Akron who focuses on ice, adhesion and friction, was interested in the work Dhinojwala’s lab did on geckos, but “we can’t really put geckos on the ice,” he says. So he turned to polar bears.

Orndorf teamed up with Dhinojwala and Austin Garner, an animal biologist now at Syracuse University in New York, and compared the paws of polar bears, brown bears, American black bears and a sun bear. All but the sun bear had paw pad bumps. But the polar bears’ bumps looked a little different. For a given diameter, their bumps tend to be taller, the team found. That extra height translates to more traction on lab-made snow, experiments with 3-D printed models of the bumps suggest.

Until now, scientists didn’t know that bump shape could make the difference between gripping and slipping, Dhinojwala says.

Polar bear paw pads are also ringed with fur and are smaller than those of other bears, the team reports, adaptations that might let the Arctic animals conserve body heat as they trod upon ice. Smaller pads generally mean less real estate for grabbing the ground. So extra-grippy pads could help polar bears make the most of what they’ve got, Orndorf says.

Along with bumpy pads, the team hopes to study polar bears’ fuzzy paws and short claws, which might also give the animals a nonslip grip.