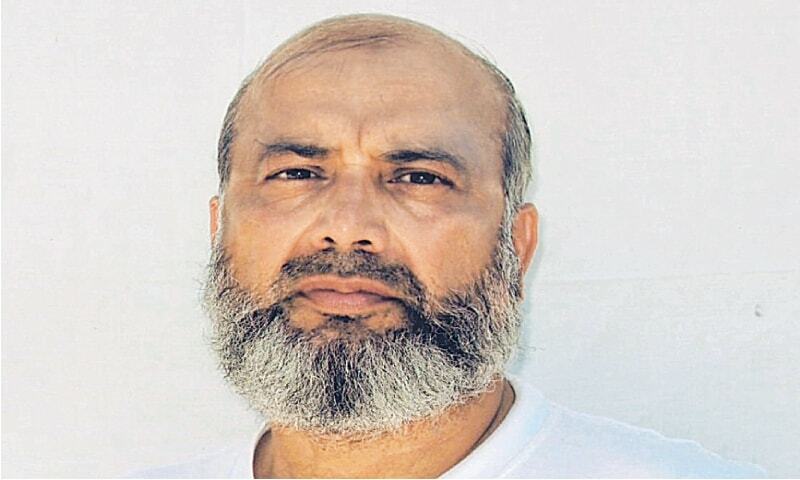 Paracha, 75, was arrested in July 2003 in an international sting operation in Thai­land. American authorities alleged he helped in Al Qaeda funding and also tried to assist them in smuggling explosives into the US. He was, however, never formally charged.

The prisoner, who twice suffered heart attacks during detention, once described life at Guantanamo as “being alive in your own grave”.

His lawyer, Shelby Sullivan-Bennis, said: “A man who became like a second father to me over the years that I was his lawyer in Guantánamo Bay was just returned home.

“Never charged with a crime, Saifullah Paracha waded through years of hearings — before federal judges and military reps — and he cleared every single benchmark,” she wrote in a tweet posted on her official site.

Another lawyer, Clive Stafford-Smith, questioned why it had taken so long for his client to be released, “although he had been cleared for release for well over a year”.

In Islamabad, the Ministry of Foreign Affairs welcomed his release and confirmed that he reached Pakistan on Oct 29. “We are glad that a Pakistani citizen detained abroad is finally reunited with his family,” the statement added.

Mr Paracha’s son, Uzair Paracha, held on similar charges, was released in March 2020. Uzair was arrested in March 2003 and was convicted in 2005 by a federal court in New York for providing material support to Al Qaeda. In July 2018, another court rejected the witness accounts that led to his conviction, and he was released two years later. But only after 17 years in prison, like his father.

Saifullah Paracha was arrested two years after the 9/11 attacks that, according to lawyer Sullivan-Bennis, generated fears which “led us to the depths of human depravity — ripping apart families” and holding prisoners for years without trial.

In a tweet posted on her official site, the lawyer said Mr Paracha’s long-awaited release “cuts both ways — an indescribable blessing and a tragic reminder” of the excesses committed after 9/11. “There is no such thing as justice deferred, and after nearly 20 years languishing in an offshore prison – held without charge or trial — to be returned home at age 75 to live out his twilight years with his family,” she wrote.

Mr Paracha, who studied in the US, was accused by US authorities of having contact with some of al-Qaeda’s most senior leaders, including Osama bin Laden and Khalid Sheikh Mohammed. After 14 months at a US military prison in Bagram, Afghanistan, he was transferred to Guantanamo. The Biden administration approved Mr Paracha’s release last year, along with that of another Pakistani national, 55-year-old Abdul Rabbani. However, the process got delayed because of the repatriation agreement between US and Pakistan took some time to finalise.

Thirty-five people are still held at Guantanamo, including Khalid Sheikh Mohammed, named as “the principal architect of the 9/11 attacks” in the 9/11 Commission Report. His lawyer, Clive Stafford-Smith, told BBC he expected more detainees to be freed over the coming months. “I’ve still got four clients there [at Guantanamo], all of whom are cleared for release,” he said, adding that it was an “embarrassment to the US”.

The US military prison in Cuba once housed hundreds of suspected militants. The Washington Post, which maintained a list of Guantanamo, reported that 779 detainees were brought to the prison camp but most of them were released without charge. The US government continues to classify many of these released detainees as “enemy combatants”.