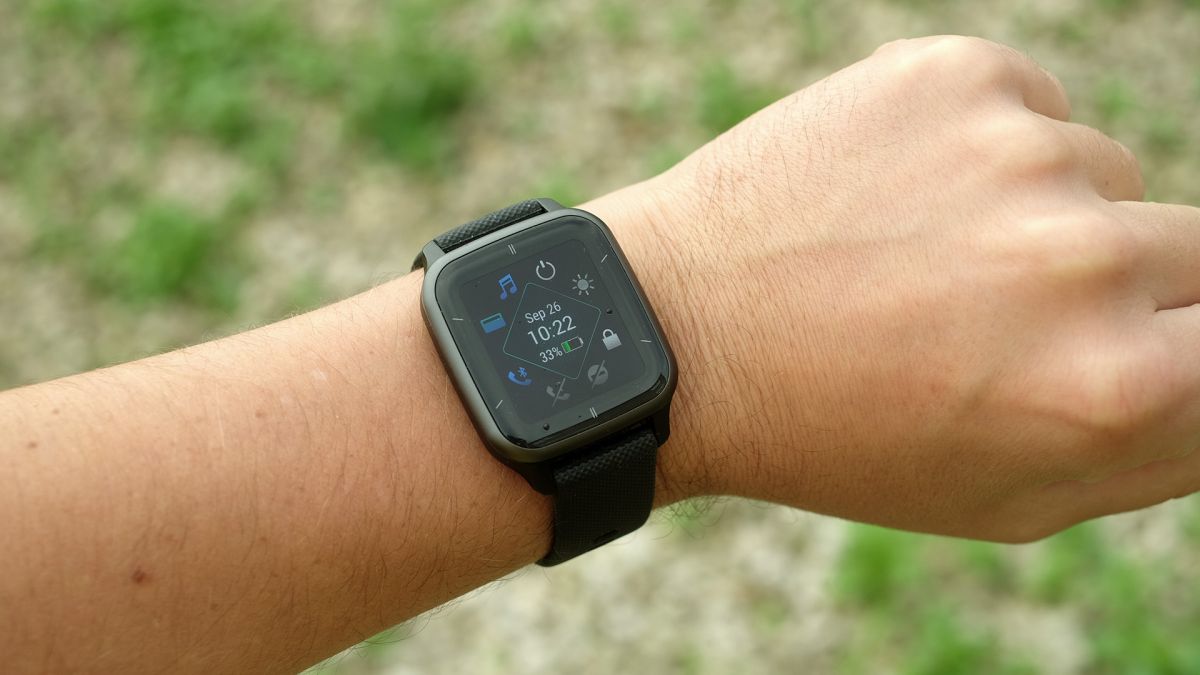 The Garmin Venu Sq 2 is one of the brands more affordable fitness tracking watches and while it hasn’t yet made it into our guide of the best Garmin watches, there’s plenty to love about this little beauty.

It’s hard not to think of this as a budget band when super-pricey watches like the Fenix 7 and Epix 2 exist. But the Venu Sq 2 is really a direct rival for the high-profile Fitbit Versa 4 or Apple Watch SE. Not so budget now, eh?

The Garmin Venu Sq 2 beats both soundly for battery life, and is probably the best of the trio if you want an easy-going, low maintenance fitness watch. It’s also significantly better-looking than the original Venu Sq, if significantly more expensive too.

Check out our guide to the best fitness trackers for more inspiration or read on to discover everything you need to know about the Venu Sq 2.

The Venu series is home to some of Garmin’s glossiest-looking watches. This one gets closest to the Apple Watch style, the “Sq” referring to the square shape.

There’s tough Gorilla Glass 3 on top, a band of anodised aluminum around the watch face and polymer/plastic for the rest of the casing. It’s a bit pragmatic-looking, but still a huge upgrade over the original Venu Sq, thanks to its OLED screen. That screen offers a 360 x 320 pixel resolution, which appears super-sharp. It also just looks great and can get bright enough to compensate for sunny days.

This watch is very light, at just 38g. I do find I regularly take it off in the middle of the night when asleep, or at least half asleep, but it’s easy enough to change the 20mm strap with something a little more accommodating.

This slick touchscreen watch still has plenty of Garmin’s hardcore sport-tracking genetics. Flick up from the bottom of the watch face and you’ll see a series of what Garmin called glances. These are stats like your steps, heart rate, calories, Body Battery and stress.

You can also press the upper side button to access the activity screen, which is where you start a tracked workout. I counted 32 different exercise modes in this section. And there’s some more interesting stuff here than just the reams of effectively identical tracked sports some watches offer.

For example, Navigate lets you see where you are in relation to a spot on a map. Health Snapshot monitors your blood oxygenation and heart rate for two minutes to evaluate your stress and breathing rate. And there are also lots of classic exercise modes from including running, walking and cycling to more exotic fare such as skiing, rowing and pickleball. Yes, pickleball.

The Intensity Minutes feature lets you set workout goals. And after each run you’re shown your VO2 Max, which you can keep an eye on as an indicator of longer-term progress. And you can do some basic guided workouts through the watch too.

There’s enough here to make you wonder what separates the Venu 2 Sq from the Venu 2, which costs significantly more. We dug a little deeper to find out.

First up, the Venu 2 Sq has no altimeter. This means it can’t record the number of stairs you climb and won’t show your altitude — a pretty important stat for hiking and skiing. It also lacks the Venu 2’s gyroscope, which is used to tell when you go from running to walking. You don’t get any of the Venu 2’s fancy animated workouts either. These show visual representations of gym exercises and yoga moves.

It also doesn’t offer Performance Condition, Training Readiness and Training Load features. These are found in high-end Garmins and let athletic types fine-tune their workout routine. However, it does have Body Battery, which lets you see when you might be running yourself into the ground too much.

Overall, it’s pretty basic by Garmin standards. But that’s reflected in its price, and there’s enough to work with here for those who aren’t obsessive about stats.

A sensor overhaul is one of the main reasons for the Garmin Venu 2 Sq to exist. It gets the same Elevate v4 heart rate array as top-tier models like the Garmin Epix 2 and a new GPS chip.

We have reviewed a large handful of watches with Garmin’s latest heart rate hardware. They are all pretty great, but some have struggled a bit with higher-exertion workouts compared to the Garmin Fenix 7, which we often use as a benchmark.

We noticed no such issues in the Garmin Venu 2 Sq. It seems to record almost identical heart rate readings to the Fenix 7, which is pretty much the ideal outcome. You’re getting better accuracy than the Fitbit Versa 4 here and results comparable with those of the Apple Watch SE.

Location accuracy is a different case. The Venu 2 Sq can take up to a couple of minutes to triangulate when you’re in a new area. The actual distance-calculated accuracy of the Venu Sq 2 is ok (we compared it to the Garmin Fenix 7 to make sure) but you don’t get the parity with Garmin’s high-end watches.

Battery life is another highlight, particularly if we consider the Venu 2 Sq an Apple Watch SE alternative. Garmin says this watch can last up to 11 days, or 12 in its battery saver mode. After two full days of normal use, with one hour-long tracked workout, the Venu 2 Sq lost 22% of its battery. This suggests it would last around nine days with real-world use.

The bad news is that one of the neatest features reduces battery life dramatically: always-on screen mode. By default the Venu 2 Sq screen only turns on when you whip the watch around to your face, or touch the screen or one of the buttons. Always-on keeps the display lit all day, turning off when you reach the bed-time hours you set in the Garmin Connect phone app.

To get a “worst case scenario” reading we monitored the battery level over a day (well, 26 hours) with this mode engaged, and did a fairly lengthy 80-90 minute GPS tracked workout. After 26 hours the Venu Sq 2 had lost 29% of its charge, suggesting 3 and a bit days of use should be the minimum stamina most people see.

Garmin’s Venu Sq 2 gets a big display upgrade over the original. It makes this seem a much less “cheap” watch in use. It’s just a shame it is also literally less cheap than its predecessor, at $50 more.

The affordable angle still works, though, as the slicker Garmin Venu 2 costs significantly more, and the Sq 2 has clear advantages over both the Apple Watch SE and Fitbit Versa 4. Its stat accuracy is better than Fitbit’s. Battery life is a world apart from Apple’s.

As with any other great Garmin, the Venu Sq 2 provides good exercise tracking chops in a watch you don’t have to charge that often. Some of Garmin’s more advanced features are missing here, but an altimeter is the only glaring one. This means it can’t record your altitude directly, or work out how many stairs you climb each day.

If this isn’t for you

What else does Garmin offer for similar money? Not much. The closest alternatives come from elsewhere: Fitbit’s Versa 4 and Apple’s slightly more expensive watch, the SE.

Both look a bit slicker than the Venu Sq 2. Apple’s watch also has Garmin-grade tracking accuracy, but you will have to charge it pretty much every day — one of the best reasons to buy a Garmin instead.

The Fitbit Versa 4 is slightly cheaper than the Venu, but some of its features are locked behind a $9.99 a month Fitbit Premium paywall. It also does not seem to have heart rate accuracy as good as Garmin’s.