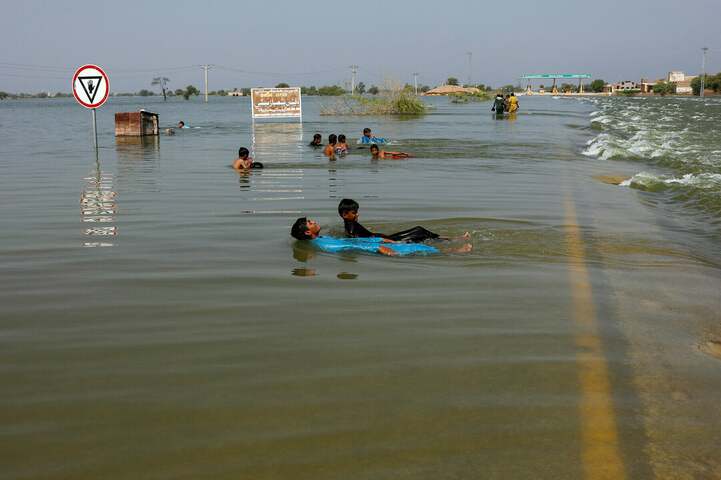 The bench was seized with a number of petitions pertaining to officials’ failure to drain the stagnant rain and flood waters from roads, residential localities and farmlands in different districts of the division.

Larkana Commissioner Ghanwar Ali Leghari informed the bench that dewatering efforts were hampered as SCARP’s pumping stations in about 12 talukas — badly affected by flooding during the recent unprecedented rainfall — could not be operated for want of uninterrupted electric supply.

The irrigation secretary assured the bench that all talukas would be cleared of stagnant water within the next 30 days.

The court asked the Sukkur Electric Supply Company (Sepco) chief executive officer to make sure that pumping stations were supplied uninterrupted power till the draining of water in these talukas. The officials were also asked to arrange for power generators to run the pumping stations and also identify the areas where Sepco should ensure proper power supply.

National Highways Authority (NHA) officials submitted in court that barring a few sections, Indus Highway was opened for vehicles. They said the remaining sections would be mended within the next four-five days.

The bench was also informed that the ‘ring bund’ raised to save Dadu and Mehar towns from ravage of floodwaters had since been removed.

The bench appreciated the irrigation department, NHA and local administration for their efforts in restoring the Indus Highway between Mehar and Kakar, though except for a few sections.

The court also asked the deputy commissioners of Larkana, Shikarpur, Jacobabad, Kandhkot-Kashmore and Dadu, in their capacity as district directors of Provincial Disaster Management Authority (PDMA), to ensure provision of food and health facilities to displaced people living in tent cities. Larkana district health officers were directed to provide adequate medicines to these people.

The hearing was adjourned to Nov 23.