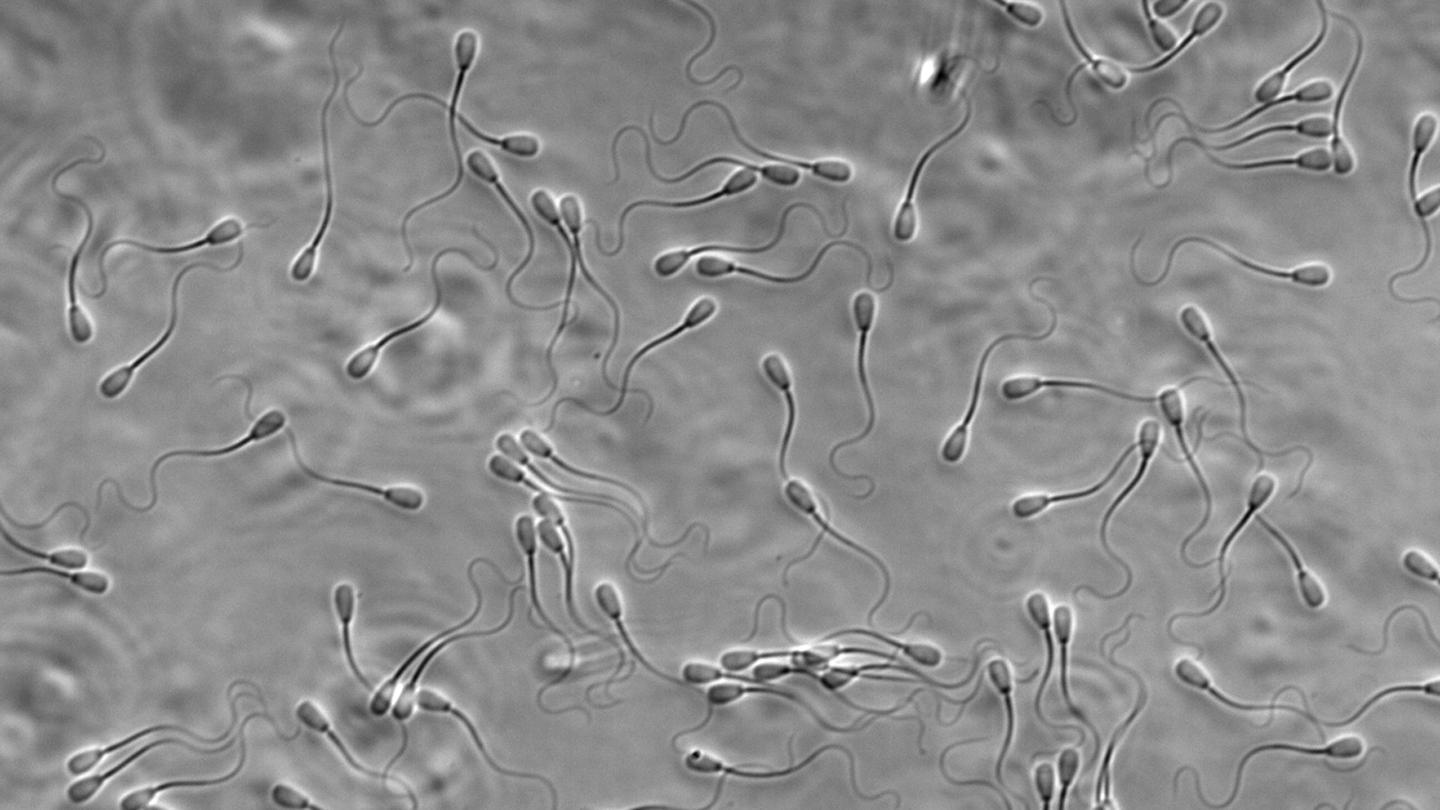 Even sperm gotta stick together.

Bull sperm swim more effectively when in clusters, a new study shows, potentially offering insight into fertility in humans. In simulated reproductive tracts of animals like cattle and humans, the behavior increases the chances that groups of cooperative bovine sperm will outpace meandering loners as they race to fertilize a female egg cell, physicist Chih-kuan Tung and colleagues report September 22 in Frontiers in Cell and Developmental Biology.

The benefits of clustering don’t come down to flat-out speed. “They are not faster,” says Tung, of North Carolina Agricultural and Technical State University in Greensboro. “In terms of speed, they are comparable or slower” than sperm traveling alone. Like the sperm equivalent of herds of tortoises racing individual hares, the winners are not necessarily the swiftest but rather the ones that can stay on target.

On their own, sperm tend to follow curved paths — which is a problem, because the shortest distance between two points is a straight line. But when sperm gather in groups of two or more, they swim along straighter routes. It’s behavior that a couple of the same researchers noted in a previous study where they tracked sperm swimming in stationary fluids (SN: 3/17/16). Although that might give sperm clusters an advantage, it would only help if they happen to be going the right direction. Other benefits of sperm clustering weren’t clear until the researchers developed an experimental setup that introduced flowing fluid into their experiments.

In creatures like humans and cattle, sperm make their way to the ovum by swimming against a current of mucus that streams through the cervix and away from the uterus. It’s difficult to study what benefits clustering might confer while swimming upstream inside living beings. So Tung and colleagues created an analog in their lab: a shallow, narrow, 4-centimeter-long channel filled with a thick fluid that mimics natural mucus and flows at rates the researchers could control.

Whether alone or in groups, sperm naturally tend to swim upstream. However, clusters of sperm in the experiment did a better job heading upstream into the mucus flow, while individual sperm were more likely to head off in other directions. Despite the speedier travels of some individual sperm, a poorer ability to point upstream hampered the progress of sperm loners compared with slower moving clusters.

Clusters also stayed the course in the face of rapidly flowing mucus. When the researchers turned up the flow in their apparatus, many individual sperm were washed away. Sperm clusters were much less likely to get swept downstream.

While sperm in the study were bovine, the advantages of clustering should also apply to human sperm, Tung says. Sperm of both species have similar dimensions. The swimmers typically compete to fertilize a single ovum. And unlike pigs or other animals where semen is deposited directly in the uterus, both human and bovine sperm start out in the vagina and travel through the cervix to get to the uterus.

Studying sperm in fluids that closely resemble the flowing mucus in reproductive tracts could reveal problems that don’t turn up in conventional observations of sperm swimming in stationary fluids, Tung says. “One hope is that this sort of knowledge can help us do better diagnoses” to provide clues to understand infertility in humans (SN: 3/31/03).

Subjecting sperm to realistic settings in the lab may soon offer practical help for people who have trouble conceiving, says fertility researcher Christopher Barratt of the University of Dundee in Scotland, who was not affiliated with the study (SN: 6/9/21).

“How a sperm cell responds to its surroundings and how that may change its behavior is a very important subject,” Barratt says. “This type of technology could be used, or adapted, to select better quality sperm,” for people in need of fertility assistance. “That would be a very big deal.”

Share
Facebook
Twitter
Pinterest
WhatsApp
Previous article
Will Lili Reinhart Do Another Show After Riverdale? She Says…
Next article
After Google’s Fine, CCI to now speed up its investigation into Apple’s anti-competitive behaviour- Technology News, Firstpost