In case you have tried to purchase the iPhone 14 Pro or the iPhone 14 Pro Max from an authorised retailer in Delhi NCR in the last couple of weeks, chances are that you may have heard from a number of retailers that the devices are not available with them. And for good reason. 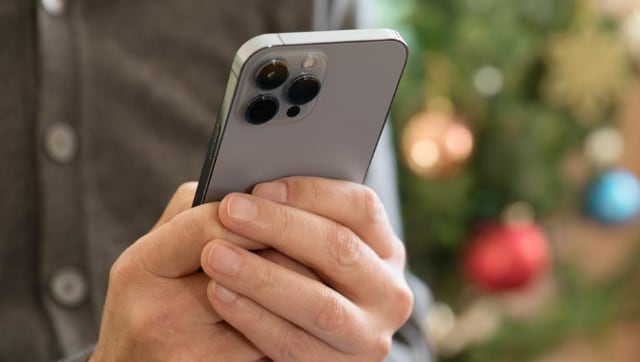 The devices that people are looking for the most, the base variant of the iPhone 14 Pro and the iPhone 14 Pro Max, are not readily available in India, at least in Delhi-NCR. This has turned out to be a golden opportunity for players in the black market and for private sellers, who are making money hand over fist.

Says Nilesh Kamra, one of the many mobile phone sellers who operate out of New Delhi’s Gaffar Market, “We are not aware of any such shortages, we are getting our devices regularly.” When asked how much is he selling the devices for he stated, “We sell the iPhone 14 Pro 128GB version for about Rs 1,05,000, without the bill and accept only cash.”

The same variant costs Rs 1,29,900 when you buy it from authorised channels, with a bill. While sellers like Nilesh claim that the devices are India-ready and that Apple will entertain warranty claims for these devices in India, the refusal to provide a bill is a major red flag.

Gaffar Market is known for its electronics shops and the fact that devices such as gaming consoles, laptops and smartphones are sold here at much cheaper prices. The catch is, that in most cases, because the products are bought in Dubai, Abu Dhabi and other places in the Middle East, they are far cheaper, and they don’t have any paperwork with them. As a result, authorised service centres will refuse to entertain any warranty claims raised on these devices.

The availability of devices in such markets is never an issue. And despite the fact that devices that are sold in the black market do not have any applicable warranty or taxes and duties paid, people still buy them.

Because sellers who sell on the black market are able to pocket a much bigger portion of the money that a customer spends on a device, private sellers as well as authorised resellers have started dabbling in a similar practice.

In the past, we have seen the authorised showrooms of a number of Chinese smartphones, such as Vivo and Xiaomi acting in a similar manner – first claiming that they do not have the devices and then offering the device after “getting it arranged from another store.” The conditions that they will sell you under? You will have to pay in cash, and the bill, if it is being provided, will be of an earlier date. However, this is the first time that we are seeing Apple devices being sold like this.

Govind Kushwaha, a salesperson who works with one of the oldest mobile phone sales centre in Laxmi Nagar, said “We have been instructed to turn customers away If they are looking to buy an iPhone 14 Pro or Pro Max with a bill and using UPI, or credit card, or if they need a bill. If they are okay with not getting a bill or a predated bill under a different name, we give them the phone.”

But what happens if stores don’t have the phone? “We can arrange it in half an hour tops. In case the customer is willing to wait for that half an hour. If they plan to return and pick up the phone on some other day, we ask them to pay some Rs 10,000-20,000 as an advance. Shortage really isn’t an issue.”

This, however, does not mean that there isn’t a shortage of the iPhone 14 Pro series in Delhi-NCR – there genuinely is a shortage of the iPhone 14 Pro Max, mainly due to the sporadic lockdowns in China. When a Twitter user flagged Apple, the Ministry of Home Affairs and a bunch of other government officials complaining about the fact that private sellers are selling iPhone 14 Pros in black, Union Minister of State for Electronics & Technology, Rajeev Chandrasekhar responded to the tweet –

To their credit, Apple, is trying to get on top of the situation and is trying to manage its supply chains in such a manner that all of its sales regions get an equitable distribution of the devices.