Best Comics to Read Before the Film 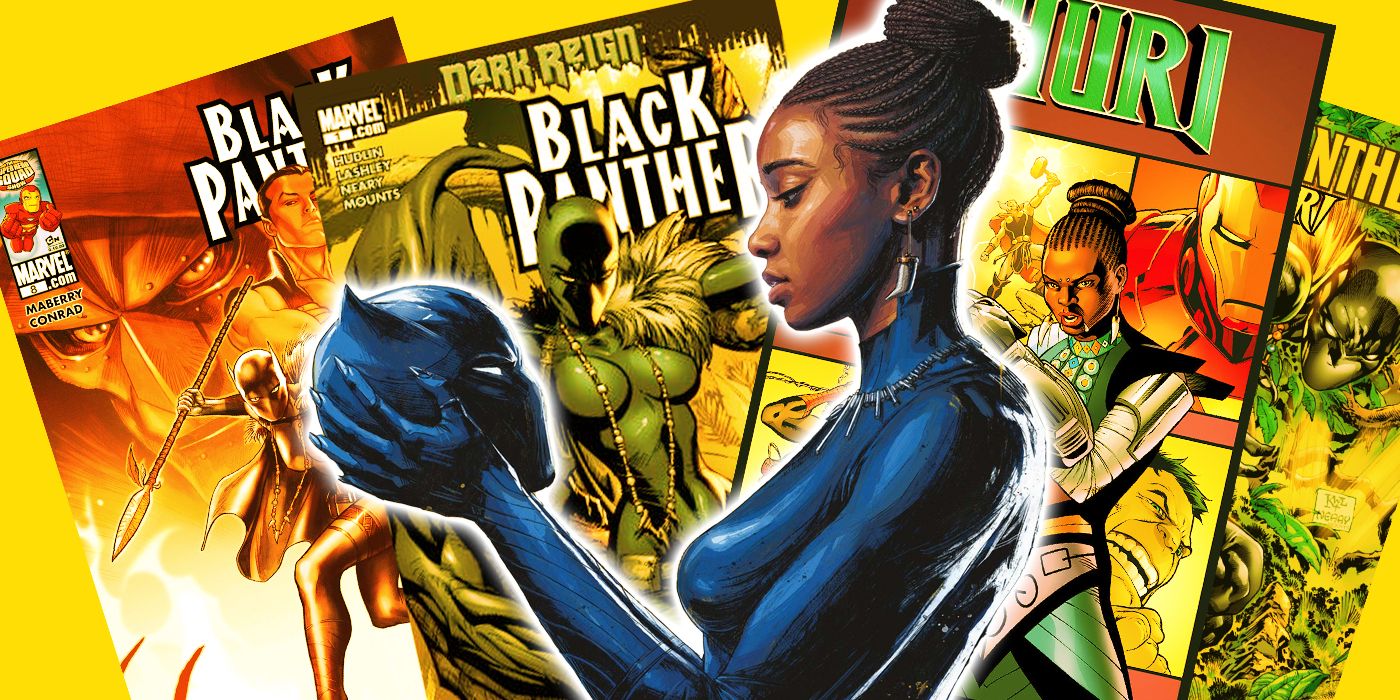 Black Panther: Wakanda Forever is almost in theaters, and anticipation is at an all-time high. Early reviews have called the film one of the most emotional and engaging entries in the Marvel Cinematic Universe, and viewers are also looking forward to how the Ryan Coogler-helmed sequel pays tribute to the late Chadwick Boseman. Wakanda Forever also marks the first live-action appearance of the underwater King Namor (Tenoch Huerta), who serves as the antagonist – and is yet another mutant who’s set to play a prominent role in the MCU. Another character making their first appearance is Riri Williams (Dominique Thorne), who builds a suit of armor similar to Iron Man’s and takes the name Ironheart.

The film’s plot seems to center on Wakanda’s place in the world, as well as the significance of the Black Panther mantle. Over the years, plenty of comic book stories have explored both topics, and Wakanda Forever looks like it takes inspiration from a number of those stories. Without further ado, here are the comics you should check out before and/or after pre-ordering your Wakanda Forever tickets.

Black Panther: Deadliest Of The Species

The second trailer for Wakanda Forever all but confirms that Shuri (Letitia Wright) will be stepping into the Black Panther’s helmet. The comic book storyline “Deadliest Of The Species” by Reginald Hudlin and Ken Lashley tackles a similar angle, as it explores the aftermath of T’Challa being paralyzed after a brutal battle. With no choice, Shuri decides to undergo the trials to become the Black Panther. She soon learns that she has her work cut out for her, as the vampiric being known as Morlun is hellbent on consuming the spirit of the Black Panther. This storyline explores the weight of the Black Panther mantle, as well as what happens when outside forces decide to attack Wakanda. Hudlin also has a history with the Black Panther mythos, as he co-created Shuri and brought T’Challa and Storm together in marriage.

Namor and Black Panther’s rivalry is fairly recent in the comics, but well-founded. During the Avengers VS X-Men crossover event, Namor was empowered with a portion of the Phoenix Force and leveled Wakanda with a tidal wave. The fallout was explored in Jonathan Hickman‘s New Avengers run, as both Namor and T’Challa work with the Illuminati to stop interdimensional incursions. In the first story arc, T’Challa tells Namor that after their business is done, he will kill the aquatic monarch for what he did to Wakanda. Yet their battle takes place sooner than expected when Namor, fed up with the Illuminati’s reluctance to do what’s necessary, destroys another Earth during an incursion. T’Challa brutally beats him and leaves him to die on a crumbling world, fulfilling his promise. Hickman would also script a new Secret Wars series, which looks to be the inspiration for the upcoming Avengers: Secret Wars. The concept of incursions was also introduced in Doctor Strange in the Multiverse of Madness.

Namor isn’t the only monarch to attempt an invasion of Wakanda. Doomwar, written by Jonathan Maberry and illustrated by Scot Eaton, has T’Challa, Shuri, and Storm battling Doctor Doom’s attempts to conquer the nation. Doom is utterly ruthless in his attempts, stealing Vibranium to enhance his armor as well as his army of Doombots. He was also secretly supporting a Wakandan tribe, the Desturi, who wanted the nation to return to its isolationist ways. With the help of The Fantastic Four and the X-Men, T’Challa was able to stop Doom – but at a great cost. During their battle, the Great Mound of Vibranium was rendered inert. Doomwar was also responsible for introducing the subsection of the Dora Milaje called the Midnight Angels, who conduct black ops missions on behalf of Wakanda.

Black Panther: A Nation Under Our Feet by Ta-Nehisi Coates

There are very few writers who’ve managed to put their own stamp on the Black Panther, and Ta-Nehisi Coates is one of them. The author didn’t waste any time with his run, immediately launching a revolution from within Wakanda’s walls. As T’Challa fights the insurgents known as the people, he is forced to confront the failings of his monarchy. During the battle, the Midnight Angels Ayo and Aneka reject the monarchy of Wakanda, and T’Challa eventually decides to institute a democracy. Coates’s thoughtful words, paired with the stunning artwork of Brian Stelfreeze, make for a unique comic experience. And it’s influenced both Black Panther films, with Michela Cole playing Aneka in Wakanda Forever.

Ironheart: Those With Courage

Ironheart would take center stage in her own ongoing series by Eve L. Ewing alongside artists Luciano Vecchio, Kevin Libranda, and Geoffo. Riri has to balance her superhero duties with her schoolwork at MIT, and matters aren’t helped when a group of world leaders is kidnapped by the sonic supervillain Clash. Ewing takes great care to separate Riri from Tony Stark, exploring her own unique strengths and flaws. Even though she’s a genius, she has issues connecting with other people. Vecchio and the other artists also give Riri a new suit, which looks sleeker and anime-inspired; and true to her name it has heart-shaped symbols on the gloves and chest piece. Ironheart Vol. 1 is a great standalone story, as well as an introduction to Riri Williams.