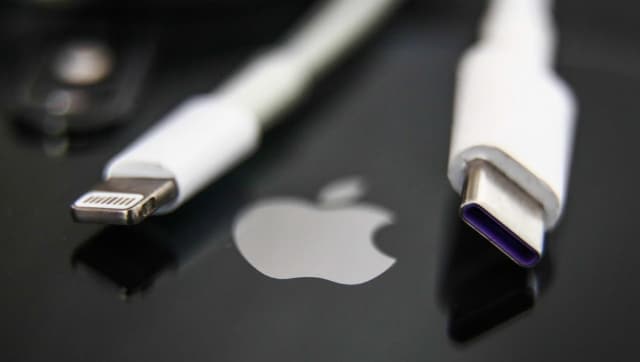 Apple has officially confirmed that the upcoming iPhones and all subsequent mobile devices will have USB-C ports, at least for the foreseeable future.

Earlier this year, the European Union passed legislation that made it compulsory for all mobile phone and electronics manufacturers to adopt USB-C as the universal, standard charging port. The legislation was mainly aimed at Apple and their continued usage of the Lightning Port on their iPhones and a number of other devices.

Apple has confirmed that they will move to USB-C for their iPhones in the future, but they haven’t set a deadline for it yet. Image Credit: Unsplash

Responding to a question about Apple’s adoption of the Type-C port, Apple marketing lead Greg Joswiak told The Wall Street Journal that the engineers at Apple will replace the Lighting port even if the teams are not happy with the change.

The Apple executives said “the Europeans are the ones dictating timing for European customers” which is a sophisticated way of saying nothing about the timeline for the switch. Joswiak refused to answer whether Apple will ship a connector sold outside the EU, but that seems very unlikely.

The interview involved software VP Craig Federighi as well but none of them revealed when exactly the move will happen.

The exec also talked about Apple’s dedication of going its own way and trusting its engineers rather than complying with standards by lawmakers and adopting third-party hardware. He even brought up micro USB and how Apple has been pushed to meet ill-considered requirements.

The marketing lead added that charging bricks with detachable cables solved the issue of standardization, claiming the switch to USB-C would create a lot of e-waste as people are pushed to buy new cables and discard the old ones.

This is actually a very old trick that Apple representatives use. They have often been accused of greenwashing. Apple is notorious for making their devices difficult or too expensive to repair, so any statement from them that talks about e-waste rings hollow. Moreover, even if we ignore the e-waste that the Company forces its users to generate, we should remember that this is a company that forces it customers to buy charging bricks separately from their device, and get it shipped, in extra boxes, which takes up a lot of space during the process.