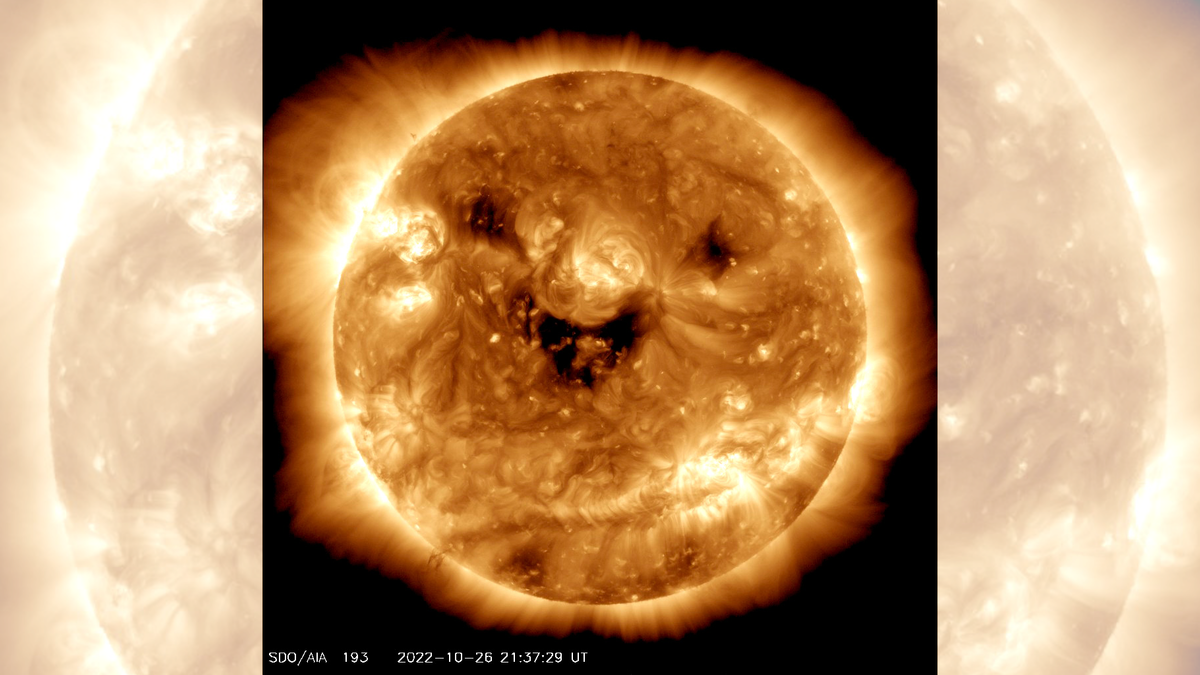 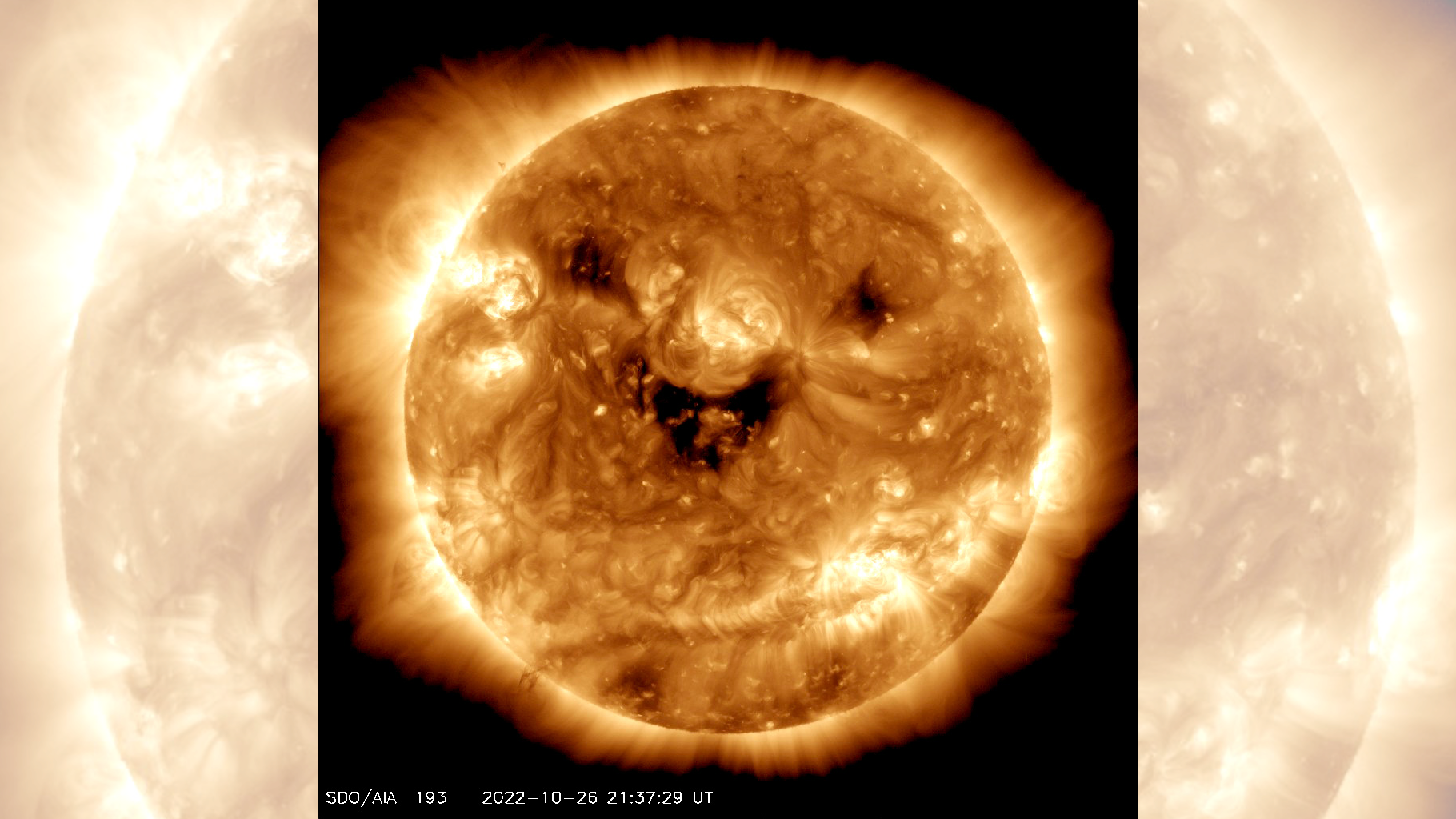 They say that when you smile, the world smiles with you. And when the sun smiles, the world gets bathed in plasma barf.

Such is the unfortunate subtext of an adorable new image of our closest star, which seems to be smiling down upon us with a joyful chibi grin. Snapped on Oct. 26 by NASA’s Solar Dynamics Observatory (a satellite that has been recording solar activity since February 2010), the image shows three distinct, dark splotches in the sun’s atmosphere that resemble a pair of button eyes and a cheery triangular mouth.

Perhaps the sun heard some good news. Perhaps it is tickled that we have finally discovered evidence of devastating solar storms hidden in ancient tree rings — the closest thing the sun has to “deep cuts” in its catalog of catastrophic outbursts.

Those happy blotches are, in fact, coronal holes — regions in the sun’s corona, or outermost atmosphere, where solar wind gushes into space, according to NASA. (Don’t try to see them with your home telescope; coronal holes are visible only in ultraviolet and X-ray light, which are well beyond the scope of human vision.)

Much like sunspots, which are dark blotches of chaotic magnetic activity that occur down on the sun’s surface, coronal holes appear black because they are cooler than the plasma that surrounds them. From these cool portals, the sun’s constant wind of charged particles streams into space at more than 1 million mph (1.6 million km/h).

Say cheese! 📸Today, NASA’s Solar Dynamics Observatory caught the Sun “smiling.” Seen in ultraviolet light, these dark patches on the Sun are known as coronal holes and are regions where fast solar wind gushes out into space. pic.twitter.com/hVRXaN7Z31October 26, 2022

We can see the smiley sun’s coronal holes so clearly because the solar wind from those holes is blowing directly toward Earth. Astronomers expect the electric wind to crash into Earth’s magnetic field sometime Saturday or Sunday (Oct. 29 and 30), possibly inducing a minor geomagnetic storm, according to Spaceweather.com.

The weakest class of geomagnetic storms – the G1 class – can frazzle satellites in orbit and cause small power grid fluctuations on Earth. In brighter news, these storms also tend to push the aurora borealis to lower latitudes than usual, giving more skywatchers a chance to see the sun’s particles dance through our planet’s atmosphere. Isn’t that something to smile about?

This is hardly the first case of cosmic pareidolia — the human tendency to see faces in inanimate objects — to make news over the past few years. From scientists drawing a vague outline of Godzilla over an unassuming cloud of star gas, to Mars researchers identifying a Muppet on the Red Planet, this truly is a golden age of putting a friendly face on the cold, callous, plasma-spewing cosmos.