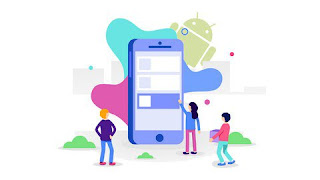 Learn the basics of react native in nice and easy way. Get ready to start building real apps for IOS and Android.

Have you ever wanted to build mobile apps for IOS and Android platforms? With this course, you will be able to get up and running with react native in very short time.

With react native you will be able to build an app for both platforms using a single codebase. If you already know the basics of react, getting started with react native is really easy.

Even if you have no prior knowledge of react, I will show you how you can prepare yourself for this course.

This course is also great for web developers who want to dive into the field of mobile app development.

This course will help you get up and running with react native so that you can learn how to build UI components in react native. You will learn to build multiple screens and implement navigation too.

You will also learn to implement WebView, which will allow you to wrap your existing website in your app so that you can serve your website as an app to your users with any real effort of re-creating the entire app in react native. That sounds amazing right.

There are many real world use cases used in this course that you can use while building any other react native apps in future. For example taking user input, creating signup and signin screens, learning reactive state management, creating reusable components, customizing splash screen, learning flexbox CSS for creating desired layout etc.

We will also be using expo to build react native apps which makes things even more easier. Using IOS and Android simulators is also covered in this course so that you can run your app in simulators in your computer however real device (your iphone/android phone) can also be used to test your app.

Join me in this course and take your excitement of learning react native to build IOS/Android apps to reality.

6 Accessibility Basics Cause 97% of Errors