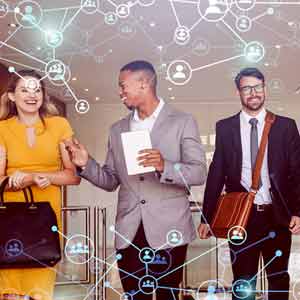 The World Economic Forum’s latest report analyses the challenges Africa faces in joining the global knowledge-based digital economy and presents a set of tangible strategies for the region’s governments to accelerate the transition.

FREMONT, CA: ‘Attracting Investment and Accelerating Adoption for the Fourth Industrial Revolution in Africa’ is the latest report by the World Economic Forum. The report examines the challenges  Africa faces in joining the global knowledge-based digital economy and offers a set of concrete strategies for the region’s governments to speed up the process.

The Forum’s report, which was written in association with Deloitte, came shortly after Google declared a $1 billion investment in Africa to encourage digital transformation.  The investment is likely to focus on laying a new subsea cable between Europe and Africa, which is likely to increase the continent’s digital network capacity by a factor of 20, resulting in an estimated 1.7 million new jobs by 2025. By the mid-decade, Africa’s digital economy could add approximately $180 billion to the region’s growth. Despite this, Africa is the world’s least connected continent, with only 39 percent of the population utilising the internet.

Tech start-ups like Kenya’s Mpesa mobile money service and Africa’s first unicorn, Jumia, demonstrate what the continent’s thriving small business sector is capable of. Despite raising $1.2 billion in new funding in 2020, a six-fold increase in five years, it accounts for less than 1 percent of the $156 billion raised by US start-ups in the same year. Meanwhile, Africa’s R&D spending accounted for only 0.42 percent of GDP in 2019, a fraction of the global average of 1.7 percent.

Experts remark that African governments are in dire need to encourage increased investment in the tech sector and the knowledge economy. Policymakers can make a difference by decreasing regulatory burdens, incorporating incentives into legislation, and investing in scientific and technological capabilities.

However, an assessment of 188 government business incentives in 32 African countries reveals that only 14 incentives (less than 10%) encourage investment in Fourth Industrial Revolution technology. Additionally, the majority of these incentive programmes lack an effective monitoring and evaluation framework to assess their effectiveness.