In December, we announced that Google Play Games will be coming to PCs. As part of our broader goal to make our products and services work better together, this product strives to meet players where they are and give them access to their games on as many devices as possible. We’re excited to announce that we’ve opened sign-ups for Google Play Games as a beta in Korea, Taiwan, and Hong Kong.

Users participating in the beta can play a catalog of Google Play games on their Windows PC via a standalone application built by Google. We’re excited to announce that some of the most popular mobile games in the world will be available at launch, including Mobile Legends: Bang Bang, Summoners War, State of Survival: The Joker Collaboration, and Three Kingdoms Tactics, which delight hundreds of millions of players globally each month. 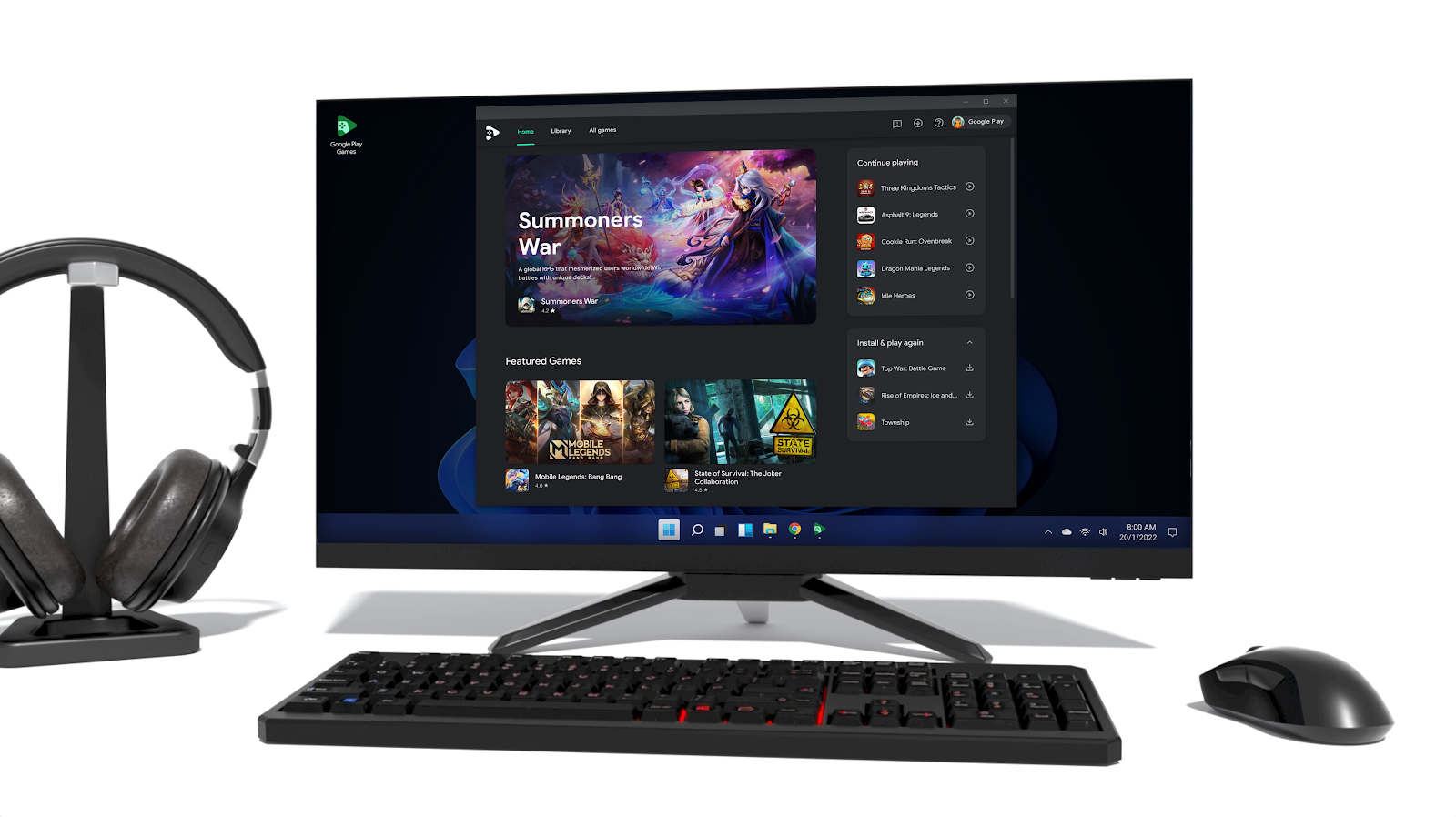 This product brings the best of Google Play to more laptops and desktops, enabling immersive and seamless gameplay sessions between a phone, tablet, Chromebook, and Windows PC. Players can easily browse, download, and play their favorite mobile games on their PCs, while taking advantage of larger screens with mouse and keyboard inputs. No more losing your progress or achievements when switching between devices, it just works with your Google Play Games profile! Play Points can also be earned for Google Play Games activity on PCs.

We’re thrilled to expand our platform for players to enjoy their favorite Android games even more. To sign up for future announcements, or to access the beta in Korea, Taiwan, and Hong Kong, please go to g.co/googleplaygames. If you’re an Android developer looking to learn more about Google Play Games, please express interest on our developer site. We’ll have more to share on future beta releases and regional availability soon.

Windows is a trademark of the Microsoft group of companies.
Game titles may vary by region.