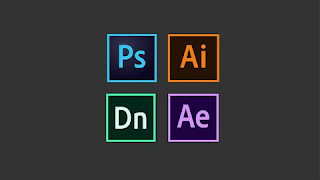 In this course, you will learn about various creative designing skills on Adobe Creative Cloud or Adobe CC. These tools could be used as standalone or in combination for creating creative Design and Animation. Some of these Adobe cc tools are well known and considered as the industry standard such as Photoshop, Illustrator and After Effects. There are limitless possibilities on what you can create using these tools, there is no limit to creativity and imagination. But you have to learn a few tools and techniques in order to bring light to your ideas, whether you realize it by drawing on digital canvas using Illustrator and Photoshop or by bringing your ideas to life by creating motion graphics animation using After Effects, or by creating 3D mockups and Product design using Adobe Dimension.

Before starting, if you are new to some of these Adobe tools, first learn a little bit about them.