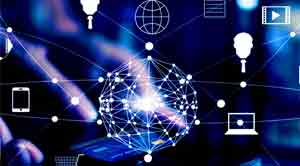 Fremont, CA: Whether using Android, iOS, or another mobile platform, one can find an app for almost anything. These mobile applications have become an almost unavoidable component of every company’s everyday operations. The idea is that there’s no better time than now for a company to start developing its own mobile app. In today’s competitive world, having a business mobile app is critical. Mobile applications allow businesses to deliver their business to the target customer’s fingertips. The type of app to use is determined by the company’s aims and objectives.

Native apps are mobile applications that are tailored to a certain device or operating systems, such as Google’s Android, Apple’s iOS, or Microsoft’s Windows Phone. These kinds of apps can only be used on the devices for which they were designed. Android, iOS, and Windows are the most well-known platforms. As a result, an app created for Windows Phones will not operate on iOS. Native mobile apps are designed specifically for specific devices or operating systems and are properly optimized for that device or platform, resulting in exceptional performance. Native mobile app development uses technology that is exclusive to the platform for which it is designed.

Web-based apps are applications that may be accessed through a web browser. Users can utilize their mobile browsers to access web applications. They do not need to be installed or downloaded on a mobile device. Downloading them is essentially the same as bookmarking them. Web-based (business) programs have the advantage of consuming little hardware resources, such as RAM and storage. They also have no access to the device’s functionality because they are executed through a mobile or web browser. HTML, CSS, Ruby, and JavaScript, among other web technologies, are used to create web apps. They are exclusively available on the web and support multiple platforms.

Hybrid mobile apps are a blend of native and mobile apps, as the name suggests. Cross-platform mobile apps are another term for hybrid apps. The only thing a hybrid mobile app and a cross-platform app have in common is code shareability.  On one hand, they’re similar to native apps since they’re easy to download from app stores and appear on a home screen. They render the data, on the other hand, using a browser embedded within the app. The hybrid applications make use of a variety of online development technologies as well as native APIs. They’re written in Objective C, Swift, HTML5, and React-Native, among other languages