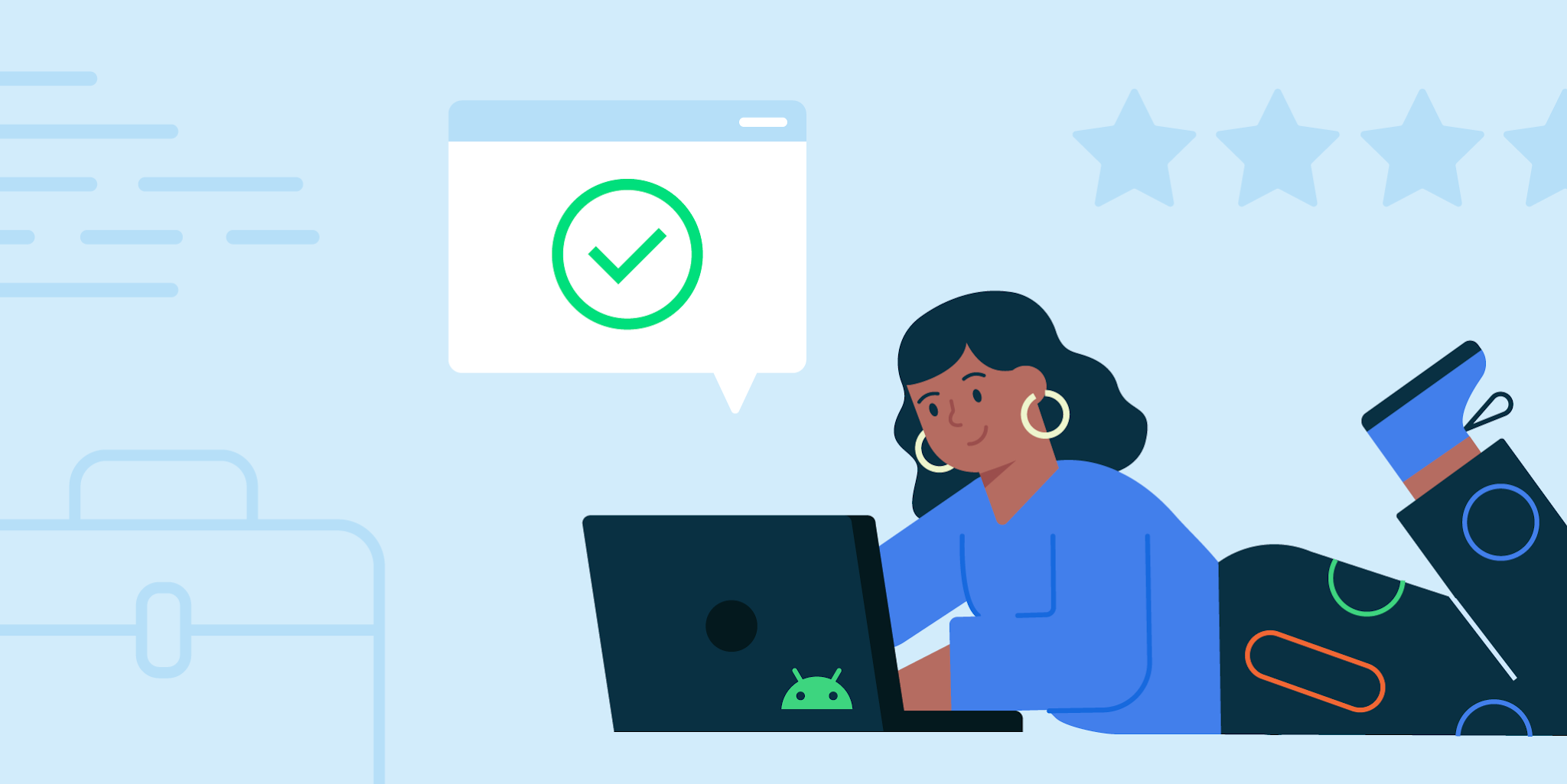 Apps are essential to making Android a platform people love – whether it’s on their phones, cars, TVs, or watches. As a popular mobile platform, Android is thriving with 1 in 4 developers – worldwide – building for Android according to Stack Overflow’s 2020 developer survey.

In Android Developer Relations (or Android DevRel for short), our mission is to help developers be successful on Android by helping them build great apps with the latest Android and Play features, empower anyone to get a great career as an Android developer, and advocate for developers as Android and Play evolve. It’s truly rewarding because we get to see the future of apps – every day – and help our fellow developers achieve great things. With such a big mission, we’re hiring engineers, technical writers, and program managers – and if this gets you inspired, we’d love to talk! Check out the links at the end of this blog and apply to join our team.

We work with product and engineering teams in Android and Play to define go-to-market strategies for new developer products and run Early Access Programs (EAPs) with the goal of building better products for all developers. Through these EAPs, we do deep technical engineering work with the most influential developers to help them integrate and deliver feedback to validate that the products we’re building are ready to work at scale.

We work with these developers to build high quality apps across multiple screens, to ensure better user experiences on Android and we share their success stories to show how integrating with these products will help developers be more successful in the Android ecosystem, and to help inspire other developers to adopt.

A big part of how we help developers is through code — be it tutorials, videos, blogs, or entire multi-unit educational courses. We produce everything from simple code snippets that explain how to perform a specific function, to sample apps like Jet* or the Google I/O app that demonstrates how everything comes together. In the process of creating sample code, you may be the first developer to ever build something with a new API! We call this being the “zeroth customer” and it’s an important role where you can directly influence the direction of a product through feedback (and yes, some trial and error!)

In helping developers, we end up learning best practices and producing a ton of content – documentation, tutorials, screencasts, talks, blog posts, podcasts, and more. There is an art to breaking down complex subjects into a learning path – to help both beginner and advanced developers alike – and it is something we do every day. From introducing new concepts, to distilling best practices, to thoroughly documenting the functionality of a new API – our role is to help developers understand and thrive on Android. While our output is the content itself, it’s important to note that engineering is at the heart of this. In order to teach developers how to use these technologies, we first have to understand them deeply ourselves. 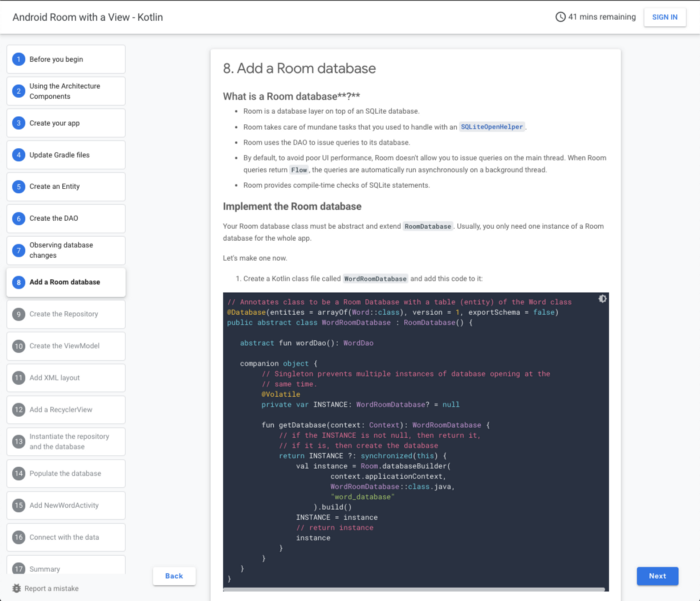 Many of us were Android developers before we joined DevRel, and one of the most gratifying aspects of our role is meeting and connecting with developers around the world. We engage with Google Developer Experts for Android (GDEs), Google Developer Groups, and of course individual community members on a regular basis through events, social media, and Slack. We love to hear what people are working on, lend a hand where we can, and create connections across the community so people can learn from each other.

One of the places the community comes together is at conferences – and Android has a lot of them! While you can pick up a skill or learn about the latest software design pattern, people always say the most valuable thing they get from conferences is connecting with fellow developers. Meeting people in person (side note: can’t wait until we can do that again!) is such an important part of building a network of people you can count on for help – whether you get stuck in your next project, or are looking for career advice. While many of these conferences are run by the community themselves, we participate in these events around the world and look forward to engaging with this community wherever they are. We also organize the Android Developer Summit and the Android track at Google I/O.

Apps connect you to the people in your life, help you do things more easily, or even help you learn new skills. In the past year many of us have had to find new ways of doing things, and this has seen us reach for apps more often than ever before, while growing the demand for app developers. In fact, developer jobs are growing 5.5x faster than other professions (U.S. Bureau of Labor Statistics). In Android DevRel, it is our privilege to build curriculum and work with universities and student groups around the world to skill-up the next generation of developers. 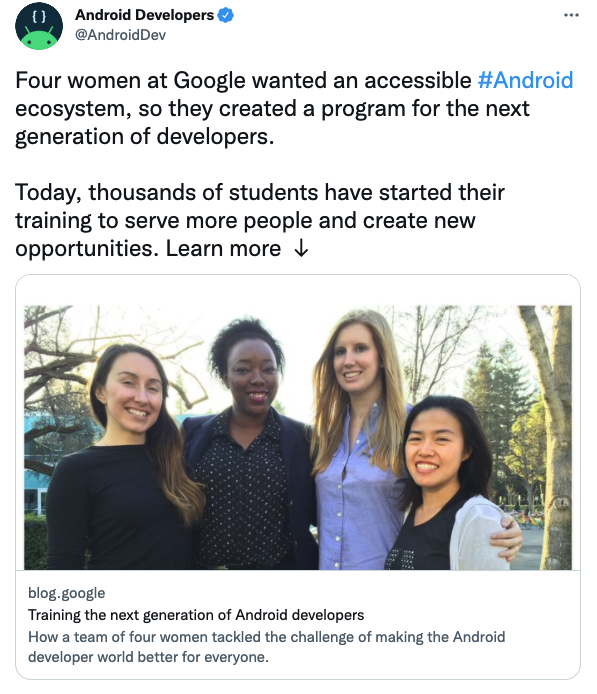 Training the next generation of Android developers

Want to join Android DevRel? Take a look at some of the roles below. Google often uses a single listing to make it easier for people to apply – so if it doesn’t say Android DevRel in the title of the role just tell them you’re interested in joining our team in your cover letter.

Android DevRel works with developers everywhere in the world, we want our team to represent all the developers we work with and we believe that diverse teams build better products that work for everyone. If you’re from an underrepresented group in tech, please apply even if you don’t think you match all the requirements and read what we’re doing to build a more diverse and inclusive Google.

Read on to see the roles that are available today:

making Play work for everyone