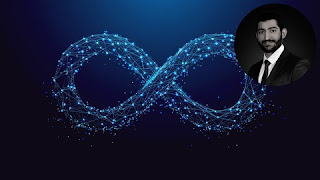 Learn all the Needed DevOps Skills , Technologies and Tools that will land you a Job

DevOps (development and operations) is a collection of tools and technologies combined to carry out various business processes. It aims to bridge the gap between two of the most significant departments in any IT organization, the development department and the operations department. This blog will help you get an overview of the numerous concepts that play a significant role in defining DevOps.

Before DevOps came into the limelight, our traditional ol’ IT had two separate teams in an organization – the Development team and the Operations team.

The development team worked on the software, developing it and making sure that the code worked perfectly. After hours of hardwork and a lot of trial and error, the team releases a code which has to be executed by the Operations team which is responsible for the release and operation of the code.

The operations team will be checking the application and its performance and reporting back any bugs, if present.

As simple and planned out as it may sound, the two major teams always had a conflict when it came to execution.

When the operations team ran the same code, it wouldn’t work.

The reason for this could be the difference in the system environment or any missing software library.

The operations team flagged this code as faulty, even though the problem could exist in their own system. This resulted in a lot of back and forth between the Developers and the Operations team.

For example, to solve the above problem, the Development team encapsulated their code in a container which is a lightweight software environment.

This software environment had all the required software encapsulated in it, which the code or the application will require to run as expected.

In this Course we will learn all the below in this Ultimate course only: