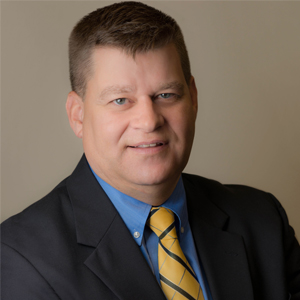 My inbox on any given day contains ideas and suggestions for new technologies from officials, well-meaning constituents and think tank members. Not to mention the companies that stand to make a buck from selling a new technology or application.

It all sounds great, but how do you balance smart city goals with the competing needs of stakeholders while being a good steward of public tax dollars? For me the answer is simple: focus on the fundamentals.

As the deputy chief information officer for the City of Charlotte, I ascribe to a very simple smart city approach. A smart city is one that collects real-time data and taking appropriate, timely actions, based upon that data, for the betterment of residents and visitors.

An effective smart city strategy focuses on one or two well-thought-out initiatives based on a technology core and supported by solid business cases. This technology core consists of intelligent, Internet of Things sensors that collect and report data, and a common platform that provides analytical algorithms and data processing. From that technology core, a municipality can grow its smart city program as funding allows. New sensors, data, algorithms, applications and dashboards can be added to fulfill whatever future smart city initiatives the organization can dream up.

Solid business cases are founded on making technology investments that provide the organization and the community with the biggest overall bang for available technology bucks.

The City of Charlotte is committed to smart city technologies and has embraced numerous projects, such as:

Partnering with a local startup that developed a small, low-cost device that can attach to any city vehicle and collect images of road conditions. Each image is processed by an artificial intelligence system that assigns a rating to individual road segments to improve the scheduling of maintenance.

Creating the North End Smart District. The district north of uptown Charlotte is a hub for city and public-private initiatives centered around technology and innovation. Goals of the smart district include reducing energy use, improving nutrition levels, increasing transit options and boosting tech education.

Equipping some buses, trains and neighborhoods with public Wi-Fi hotspots. Providing internet access for people who may currently lack it helps close a critical gap in the digital divide. Internet access on public transit increases the benefit for commuters and provides incentives for riding the bus, taking cars off the road and reducing traffic congestion.

These projects were pursued because of a business goal or pain point that could be addressed by technology, and not because of a marketing term or its vision.

Portion out your limited technology dollars toward initiatives that can provide the greatest value for your constituents, whether or not they are traditionally classified as smart city initiatives.

Seek out public-private partnership opportunities for your initiatives and prioritize those that can leverage shared resources.

Fully assess the ongoing operating costs associated your smart city initiatives and eliminate those that aren’t sustainable within your expected budget. Nobody wants to take the technology away once it’s been introduced.

A good smart city approach isn’t based on the shiny bells and whistles of the latest technology Rather; it focuses on providing tangible value to a city’s residents and visitors.

How to Build a Redundant Phone System for Your Business

On site in Hawai’i: How Terraformation is using AWS technology to reforest the world